I'm finally back to working on my quilts. This one isn't fancy, but it's a beginning, and it is finished. I wanted to try the Sharon Schamber method of boards for basting, and ended up doing an adaptation of it. I used the boards, but instead of doing the hand basting I spray basted. It worked pretty well and was quick. I don't quite trust the spray 100%, so I pinned around the outside edge and went for it. My free motion is pretty sad, but I did another one today, and it was a little better. I have one more like this put together to quilt, and then 2 more little girl quilts to do. When I finish the bunch, I will take a picture and put it on my blog. The little girls are from one to six years old, so I don't think they will study my stitching too closely. 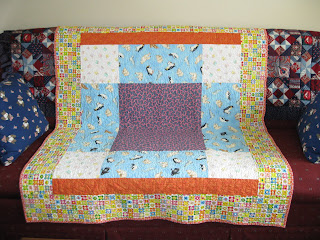 My daughter has been working long and hard taking college courses while raising six children by herself, and she was beaming when she got her AA degree with honors. She's still deciding if she will take more classes, right now she is just taking a break. 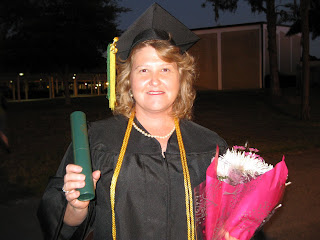 We have our first married grandchild. The next to the oldest, Nathan married his sweetheart Marcy on my birthday. The first picture is the one they used on their announcements and the second was at their reception. It wasn't an expensive wedding, but it was very nice and everyone had a good time. My daughter and her kids, all six of them, danced up a storm. 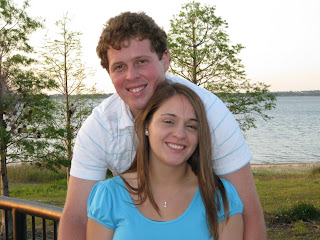 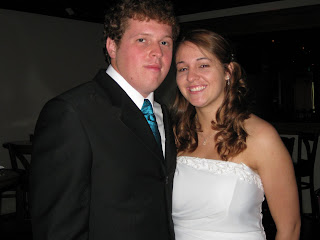 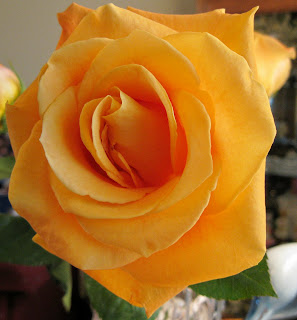 My daughter came over on the first anniversary of my mother's passing with this rose. It was very thoughtful, and the rose was beautiful.

Hi, so glad you posted and to know that your okay. Your doing a great job on the quilting front. Congrats to your daughter she did so well, I knw you all are very proud of her. And very best wishes to grandson and his lovely wife. Take care my friend. Hugs, Marie

Yes, it is you and what a surprise! So nice to see the beautiful family pics - lots happening there and lots of congratulations. Keep up with your quilting so you have lots of show and tell!
Hugs - Lurline♥

I was so happy to see your blog pop up again on my bloglines. I finally made it to Ikea last week and I thought of the fabric you found on sale there. How funny to see it in the border of your quilt. I think the quilting looks great. It does seem to get easier the more you practice.

I congratulate your daughter. It took me 10 years to get my AA. Good looking grandson and bride and a beautiful rose. Glad to see you posting again you've been missed.

huge congrats to your daughter on her achievements.....well done.....

Job well done to your graduate...raising a family and college is very difficult...had a son with family do the same...beautiful family...I am sure they bring you much joy....quilts will be awesome...

Good to hear from you! I've missed you.
Michelle