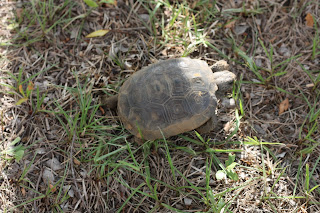 This little guy unfortunately decided to make his doorway against our back fence. I looked him up and they are endangered so I haven't decided what to do about him, I don't want him to be hurt, but I do want him to move to the other side of the fence. From what I read, his tunnels are also useful to about 350 other species many of which are snakes, and they aren't my favorites. I need to investigate and see if they have more than one entrance, and then I won't feel bad about covering this one up. I just looked it up, and they use many burrows at one time, so I think I'll try to catch him out of it and cover it up. Maybe then he'll use his other ones. (I say he, but I didn't tip him over to see if he was flat or concave, evidently if he's concave on the bottom he's a he.) 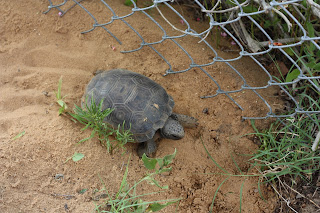 We went to Epcot the other day and had a nice time. This is the big ball when you first come in, only taken from the bottom. I liked the pattern, if I was one of you creative types, I suppose I'd be making a quilt pattern, lol. 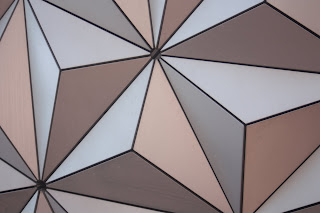 This is the Disney Japanese steakhouse where we had our lunch. I can't remember the name, but it was very pleasant. We shared the table with two ladies from Hawaii and a nice family from the midwest. They had three children and they were a joy to dine with. 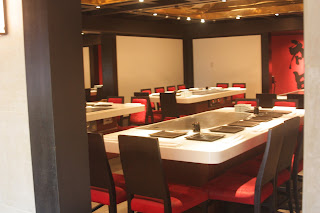 Epcot was having their flower festival and there were lots of pretty spots, this was from one of the gardens and I just liked this pineapple. 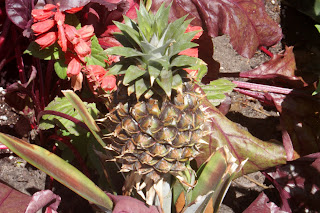 The American pavilion was very nice, as were they all, but we decided to see the show in this one. DH has arthritis in his feet and it doesn't take much walking to be too much for him, especially on concrete, so we had gotten a wheelchair to make it easier. When we went in we were approached for some special treatment, so we told the ladies that he could walk but they insisted that we go upstairs and watch from the balcony. It was very nice. 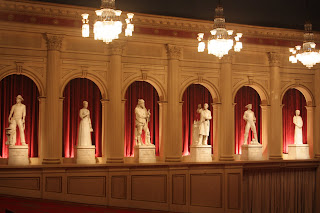 This was a little model railroad village, doesn't it look like a full sized village in the picture. 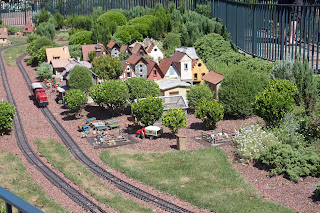 I felt that this little fellow deserved to be here as he strutted up and modeled patiently for us. 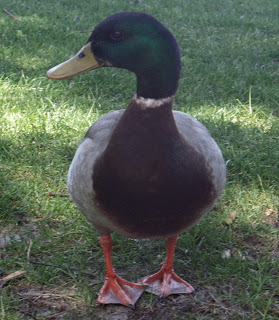 I liked this picture with the floral beast and the 'real' beast walking behind himself. 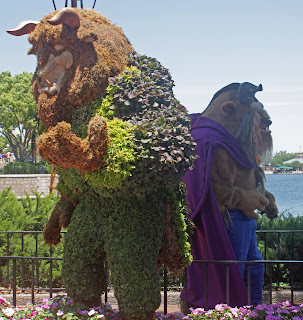 Since it was a flower festival I had to at least include my favorite flower photo. 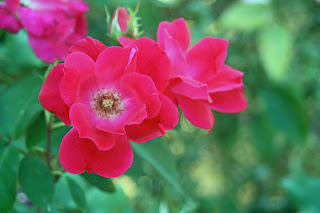 They had some beautiful bonsai trees lined up on the lake. One was 120 years old. This is one of them. I took pictures of them all because I always love bonsai's, but I figured that this was already becoming lengthy so I only included this one. 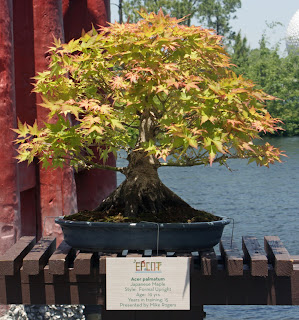 It was a beautiful pleasant day and I got lots of exercise pushing DH. 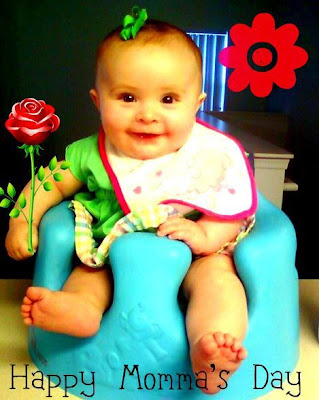 Picture Courtesy of My Granddaughter-in-law's Facebook. My Great-Granddaughter about 4 and 1/2 months old.
Posted by Candace at 7:34 AM 2 comments: